After COVID-19 shutdowns caused live music to grind to a halt over the past two years, British rock band Tigress is ready to pounce on their upcoming tour dates. 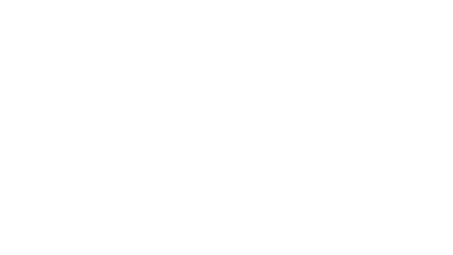 The five-piece band has shows lined up through the spring and summer in the United Kingdom, and will join Billy Talent for their U.K. tour dates.

Fret Zealot has teamed up with Tigress to bring lessons to their songs “Choke”, “Disconnect”, and “Alive” to the app. Check them out here!

We recently caught up with guitarists Tom Harrison and Sean Bishop to talk about the return of live shows, their debut album Pura Vida, their musical influences, and more.

Q: How did Tigress form?

Bishop: Music college was where we met. I was studying the guitar. Most people go to university to do business studies or chem, but we went for guitar. When we were there, we met some people and formed this band. We met Tom there.

Harrison: I was hanging out with the big boys [laughs].

Bishop: We did the Red Bull Bedroom Jam [they were finalists for the contest in 2011] which got us to play a bunch of festivals.

Harrison: In 2015, we rebranded and reformed as Tigress and it’s gone from there. The album [Pura Vida] has cemented our style. It’s taken a few EPs to get there. Our album just came out with “Choke” and “Disconnect” on, that’s really who we are. Very guitar-driven, riffs all over the place, filthy riffs with some catchy vocals and 90s vibes.

Q: Your debut album Pura Vida came out in Sept. 2021. Who were the influences on that album?

Harrison: I definitely have got a lot of 90s grunge influences. Billy Talent is my favorite band, and anything with drop-D riffs. I love that tuning.

Harrison: Sean’s got on his Manson guitar, a Fuzz Factory pedal built it. It’s very “Muse”. We implement that in a lot of our music as well.

Q. How long have you both been playing guitar?

Harrison: I started when I was 12. I really liked bands like The Offspring – they were one of the first bands I heard on the radio that had guitar-driven punk music. I liked Nirvana as well. It’s so long ago now that it’s hard to pinpoint the moment I wanted to pick it up. There was always a guitar lying around the house that I would pick up. My mom showed me the open chords.

Bishop: I was listening to Red Hot Chili Peppers and Nirvana and those bands and I just wanted to play the riffs I was listening to. I think originally I wanted to play the bass and I told my mom and she got me a guitar by mistake. I wanted to be a bass player but I ended up on the guitar. But ‘m not complaining. I didn’t grow up around music, my family isn’t musical. I thought what I was hearing was the bass. I just wanted to play “Californication”. There’s an acoustic song off “One Hot Minute”, “My Friends” – that was one of the first songs I learned.

Q: What advice do you have for someone who wants to start playing guitar?

Bishop:  Just play the songs you like listening to.

Harrison: It gives you incentive then, to pick it up.

Bishop: I just used to put the track on, turn it up and turn the amp up and try to play along and just rock out in my bedroom. Go on the Internet and look up the tabs. You need to learn how to read tabs.

Bishop: Practice should be fun. Playing along to things helps with your timing. The worst thing is learning to play without another instrument. Music is about performing with other people and how you interact with other people and stuff. It’s part of the experience.You need to sort of immerse yourself in the music. Always play through an amp – turn it up.

Harrison:  Crank it, get a good tone out your amp because it’s fun then.

Q. You guys have playthrough videos on your social media pages – what inspired you to do them?

Harrison: It was just to kind of have more things with the single being released at the time. We did a load of silly things like “guess the lyrics to the song”. Because we’re really into guitar, we thought it was a good way to push the song, and hopefully have people create videos to share the song and have it push on even further. You guys discovered us through the playthrough videos, so that was a great positive.

Q. How was it as a band going through lockdown?

Bishop: We both still have barely played since it happened. Nothing on the scale of what we were doing before it all closed down. I think we were quite lucky in a sense that we just finished recording the album when the lockdown came. We finished recording and a couple weeks later, it was like “that’s it, you’re not able to leave your home”. We had all this material ready to be worked on. It was weird.

Harrison: It was really weird. We were able to mix and master the album over lockdown.

Bishop: We did a few streaming concerts where we recorded our own parts in our bedrooms, and put them together on a split stream. We also did a headline gig at a real venue. This recording crew came in to stream it. It was like playing a gig to an empty room.

Harrison:  There were loads of comments in the chat but because our playing the gig you can’t interact with them live.

Bishop: We’ve got some cool shows coming up for the summer so hopefully we’ll be able to get back in the swing of things.

Q. What do you think of the Fret Zealot system?

Harrison: I think it adds an interactive element in a really unique way. Everyone goes on YouTube when they’re first learning guitar, but this is like adding Guitar Hero to a real guitar. Guitar Hero was legendary, so much fun.

Bishop: It’s going to build up your muscle memory much quicker, because you can just see it.

Harrison: You have to see how quickly your fingers have to move. I don’t think people realize how quickly your fingers need to move from chord to chord but when the lights move, you can see “I’m really lagging behind”. I think it’s going to be a game changer. Both me and Sean are guitar teachers as well, and I literally could have this in my guitar lessons and say “why don’t you check this out” to my students. Load up a song on the database and see how they get on.

Q. What is your favorite guitar right now?

Bishop: During lockdown, I got myself a 1960s reissue Stratocaster in shell pink with a mint green pickguard. It’s really nice – it’s like my baby. I’ve tried to simplify my kit lately – I’m not using a giant pedalboard at the moment. I don’t think I’d end up taking the strat on tour, I’ll probably take the Manson with the built-in pedal.

Harrison: I also have a Fender Strat, it’s a HSS Strat so it’s got a Humbucker in the bridge. It’s my favorite guitar I own.